In its report, GISDI long-term observation mission assesses the current geopolitical situation as the case necessitating holding early Presidential elections on 11 April 2018; highlights the compliance of election observation with the international standards for democratic and fair elections; considers the political, economic and cultural features of Azerbaijan; assesses pre-election situation and legal framework for the conduct of elections; comments on candidate nomination and registration, election campaign, its media coverage and etc.

The report states that amendments entered into force following the referendum on modifications and amendments to the Constitution on September 26, 2016 grant President a right to call early presidential elections, and using this right granted to him by the Constitution, the President signed an order announcing early presidential elections to be held on April 11, 2018.

The report notes that 15 candidates were nominated for the presidential elections and their applications were submitted to the Central Election Commission (CEC). 8 out of them were registered by the CEC. It underlines that “all candidates and party representatives that GISDI mission met shared with them that they have not experienced any problem with the registration of their candidacy. They could hardly point anything that could hinder their campaign.” 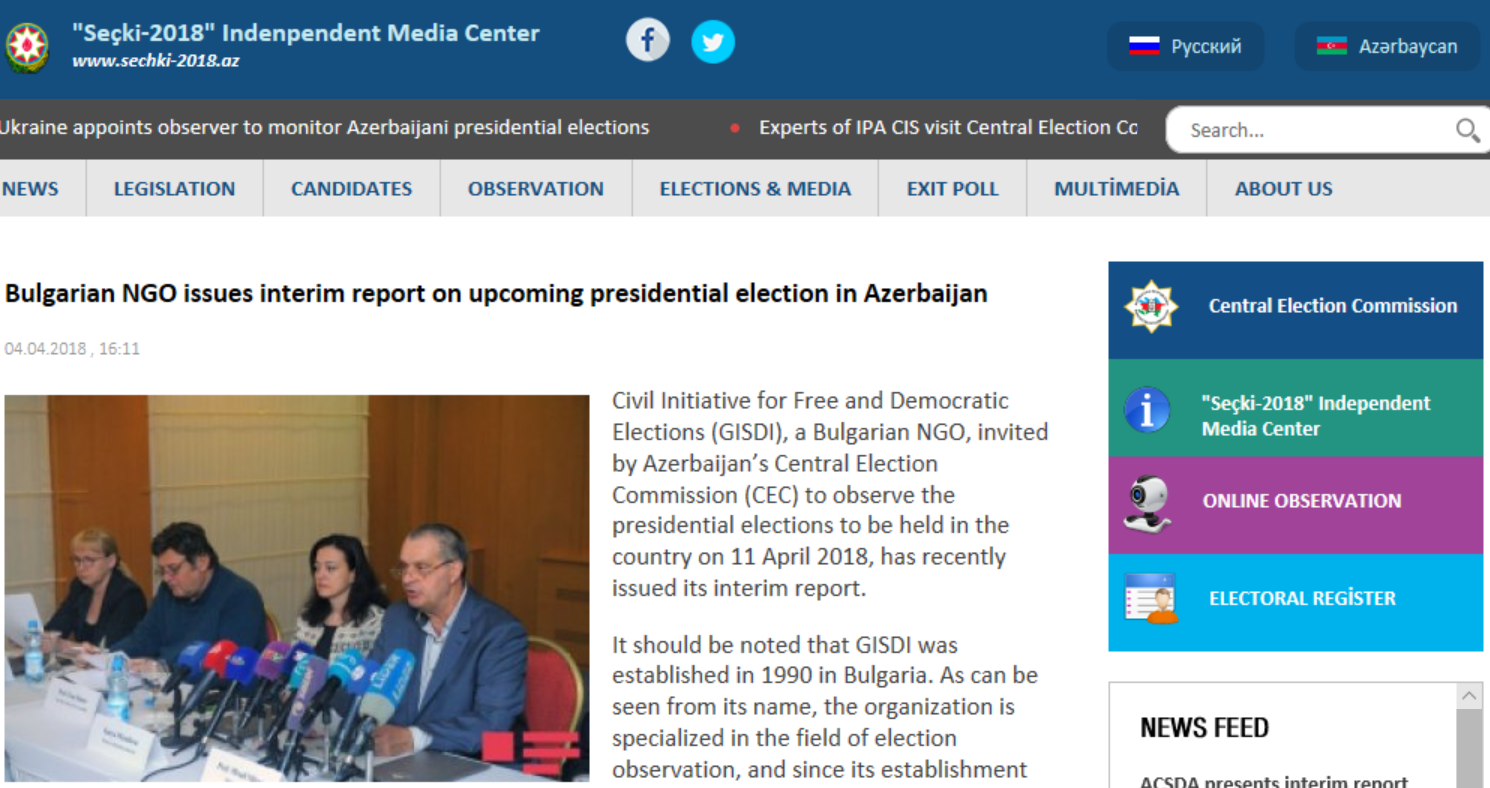